What is a Cumulative Distribution Function (CDF)?

For example, the CDF for a continuous random variable is the integral: 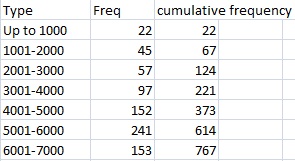 The cumulative distribution function works in the same way, except with probabilities.

The yellow area represents the probability of a dog being above 11 pounds.


In the case of the above scenario, it would be important for, say, a veterinary pharmaceutical company knowing the probability of cats weighing a certain amount in order to produce the right volume of medications that cater to certain weights.

The cumulative distribution function gives the cumulative value from negative infinity up to a random variable X and is defined by the following notation:
F(x) = P(X ≤ x).
This concept is used extensively in elementary statistics, especially with z-scores. The z-table works from the idea that a score found on the table shows the probability of a random variable falling to the left of the score (some tables also show the area to some z-score to the right of the mean). The normal distribution, the basis of z-scores, is a cumulative distribution function: 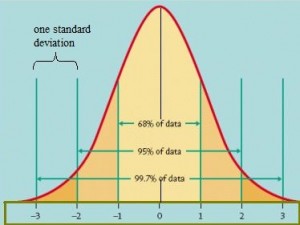